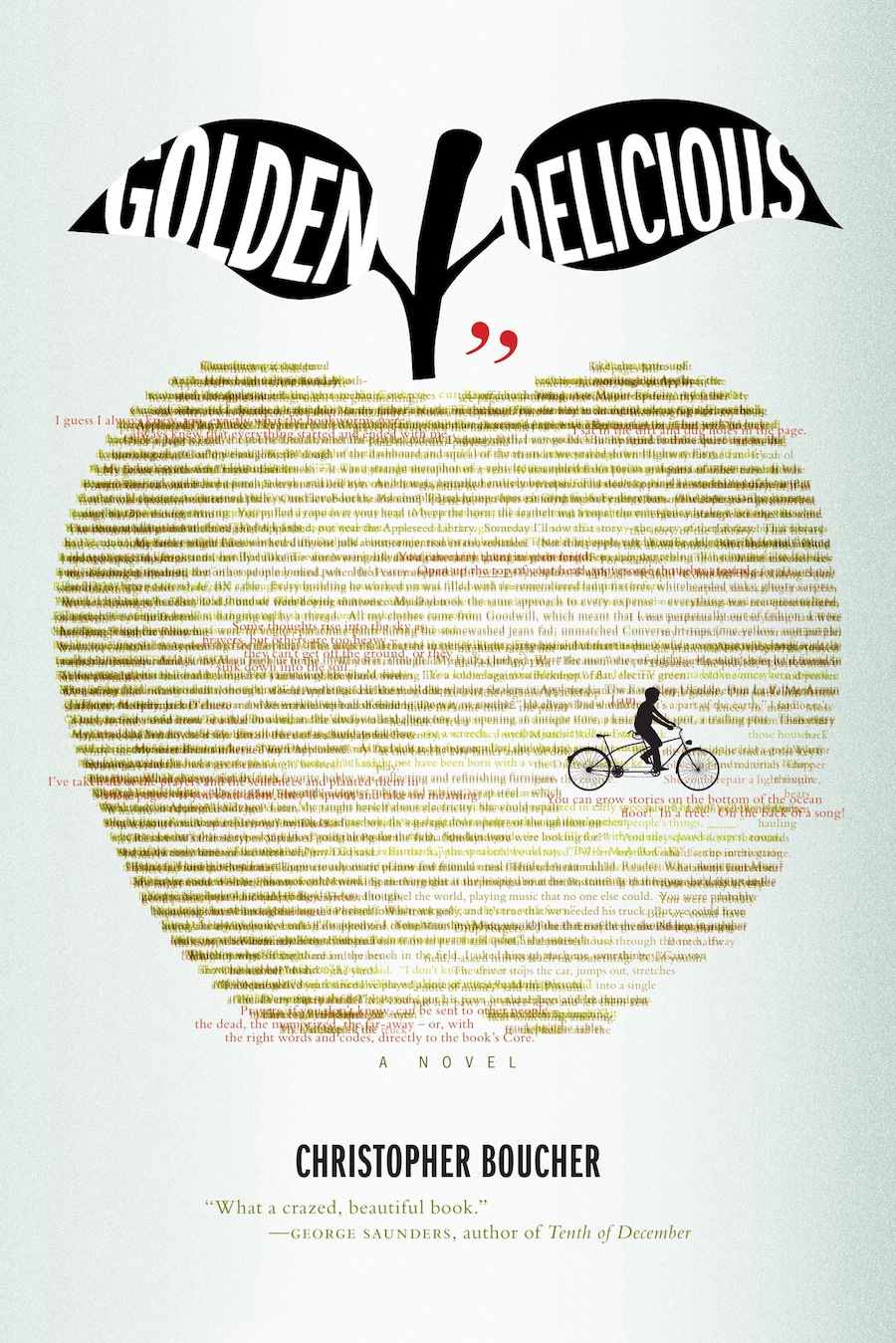 “What a crazed, beautiful book – a joyful example of necessary experimentation, i.e., an experiment whose purpose is to accommodate more beauty and truth. As in his first book, How to Keep Your Volkswagen Alive, Boucher makes the world come alive by making language come alive.”
— George Saunders

“Christoper Boucher’s Golden Delicious is the best kind of modern fiction: inventive, expansive, with endless heart and narrative verve…this book will restore your belief in the possibility of the novel. Read this book now.”
—Joe Meno

“This one ups the ante….it’s an odd, clever, and thoroughly enjoyable experience.”
– Publisher’s Weekly (starred review)

“With the imaginative spirit that earned him praise for his debut,How to Keep Your Volkswagen Alive (2011), Boucher’s second novel solidifies him as a master of evoking compassion through absurd, shape- shifting landscapes … As wacky as it is recognizable, Boucher’s capricious world filled with delightful wordplay is strikingly vivid, funny, and moving.”
—Booklist

“A book that takes farce, fantasy and metaphors off in unpredictable directions.”
—The Daily Hampshire Gazette

Five years in the making, Golden Delicious tells the story of a boy growing up in the hamlet of Appleseed, Massachusetts – a town where stories grow in soil, sentences are kept as pets, and pianos change your point of view. Golden Delicious chronicles the narrator’s rich, vivid childhood – driving to the local flea market with his father, causing trouble at school, pedaling through the neighborhood on his Bicycle Built for Two.

When the local economy sours, the narrator’s family is torn apart: His mother joins a flying militia known as The Mothers; his father takes an all-consuming job; his sister runs away for a better life elsewhere. Who will save Appleseed? Will it be the Memory of Johnny Appleseed? The Mothers? The narrator himself?